Skip to content
Interesting facts
Hi All…daylight savings kicked in yesterday and we lost an hour. I was running behind time to catch it and finally was very tired. I really don’t like it when I suddenly lose an hour in a day. I’ll never complaint when I gain an hour though.
I think by now you all must have heard the story of a Malaysian Airline plane that took off from Kuala Lumpur is missing. Immediately that struck to my mind was the Indian Airlines plane getting hijacked when it took off from Kathmandu to Delhi. I still remember watching this news in India around Christmas time of 2000. It was such a dreadful story where people who went on honeymoon to Nepal were also among the ones in the plane. I remember following it very closely and of course the media does their part too in keeping you updated. 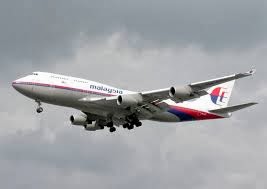 Coming to the current plane that is missing ,there are speculations of terrorism that two people traveled with stolen passports one Italian passport and Austrian passport both bought under the same account, I was seriously thinking this is a similar story as the above  one. But there has been no information as of now and the airlines still claims that the plane is “missing” and does not confirm anything else.
It is such a pain for people whose loved ones are in there. I know how much mentally we all go through when our parents  have boarded a flight in India and are coming to visit us. The sad part is there is no way of communicating them even at international airports unless they send you a message or an email using the internet. My parents/in-laws  are not tech savvy and we are usually  very anxious until their plane lands an airport and we keep tracking regularly.I dont even want to imagine to be in a situation where I dont know what happened to plane in which they are travelling.
Hope something is done and they find the plane soon. My heart goes to all who are suffering and like all of you I will also continue to follow the NEWS hoping for the best.Please share your thoughts on this.