Skip to content
Interesting facts
Hello everyone…Hope all is well. Had a very busy weekend with so many events to attend and friends visiting us. Just sailing through the week to get to the next weekend to relax.

One of our friends gave us raving reviews about chrome-cast to  project videos from laptop/phone  on to TV. Here is the link to it Google chrome-cast for streaming HDMI videos.

Recently I read an article about the various “fake foods” produced in China. I was very shocked and could not believe what I was reading. Earlier in India , my grandfather had farm lands and they produced their own rice, vegetables and owned a cow from which they got milk. My mom told me all these stories and she complained that there were no variety on vegetables. It used to be only okra, brinjal or  plantain. I kind of envy that life on seeing and hearing the things happening now due to the conversion of farmlands into concrete buildings. 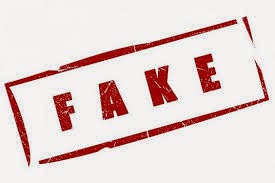 Some of the products that the article claimed to be  produced fake in China are:
*Rice: It is believed that a mixture of potato, sweet potato and plastic resin is used to produce fake rice .
*Egg: The chalk powder is used to make the outer shell and then some chemicals are mixed and injected into the shell to make fake eggs. You will know they are fake once you break it.
*Beef: Pork is marinated with some synthetic beef extract and after 90  minutes it becomes like beef.
*Infant formula: There was a case in 2009 where 47 people accused of selling fake infant formula.
*Noodles: Mostly wax is used in manufacturing noodles. Also ink is used to stain the noodles to believe that they are made from potatoes and sweet potatoes.

Wow after reading I started to research on what all we buy and is it fake or real. Come on , I have heard of adulteration in food. This seems even a step ahead and the food is not what you believe it is. I have serious doubts about the world our kids might have to deal with. Dont even want to think about it !!!!. Please share your thoughts and comments on this.